I always say A Girl’s Best Friend is the first novel I wrote, but the truth of it is that I had been writing stories for as long as I can remember.

Danielle and Isabel are two of my favourite heroines and I love the contrast in their personalities. Danielle is so obsessed by her work that she’s forgotten how to have fun. Isabel, who does nothing but have fun, needs to become more responsible.

Nico is one of my favourite heroes. In the original paperback he was a lot meaner, but while I was revising the story for the ebook version I had a change of heart and made him nicer.

Jemma was originally going to be called Claudia (right up until the final edit).

When I needed a restaurant for my characters to visit, I thought it would be fun to call it ‘Jacob's’. (A Christmas Carol, by Charles Dickens, is one of my favourite books and Jacob Marley was the name of Scrooge’s business partner.)

How I became a writer 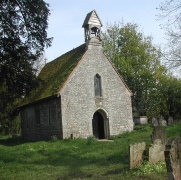